Dr. Kerns focuses on the etiology, epidemiology and management of turfgrass diseases on both cool and warm-season turfgrasses. His research program concentrates on understanding the
biology of ultradwarf bermudagrass diseases, large patch of zoysiagrass, plant parasitic nematodes in turf and diseases of creeping bentgrass. His mission is to provide efficacious and cost effective management strategies to turfgrass managers. His program also houses the NCSU Turfgrass Diagnostic Lab which receives 400 to 800 samples each year from throughout the US. Dr. Joe Vargas has been at Michigan State University for the past 46 years where he has been involved in teaching, research, and extension. He has published over 200 articles on turfgrass diseases and related subjects. He has given over 1000 presentations at various turfgrass conferences throughout the world and has published the most widely used turfgrass disease book entitled “Management of Turfgrass Diseases” and co- authored two other books, “Poa annua: Physiology, Culture, and Control of Annual Bluegrass” and “The Turf Problem Solver.” 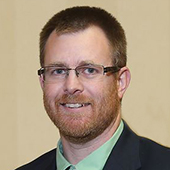 Professor in the Horticulture & Landscape Architecture department at Purdue University

Dr. Aaron Patton is a Professor in the Horticulture & Landscape Architecture department at Purdue University. Aaron earned his bachelor’s degree from Iowa State University, and his master’s and doctorate from Purdue University. His extension responsibilities are to provide education to Indiana’s $1.8 billion turfgrass industry. His research responsibilities include planning, implementing, and leading projects devoted to managing quality lawn, sod, golf, and sports turf while reducing management inputs. Patton’s research interests focus on weed ecology and control, zoysiagrass and fine fescue, and agronomic practices in turfgrass systems. He is co-author of Fundamentals of Turfgrass Management, 5th edition. He teaches the senior level turfgrass science course at Purdue University and mentors undergraduate and graduate students. Aaron also serves as the Executive Director of the Midwest Regional Turf Foundation and the Assistant Department Head of the Horticulture & Landscape Architecture department at Purdue University. 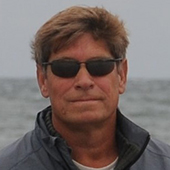 Thomas A. Nikolai, Ph.D. discovered that lightweight rolling decreases dollar spot and other turfgrass pests and he initiated mowing/rolling frequency research that maintains consistent green speeds, reduces turfgrass stress, and leads to economic saving. Thomas also discovered that mulching deciduous leaves into turfgrass canopies results in fewer broad leaf weeds and he remains paramount in alternative spike research. He is author of the book The Superintendents Guide to Putting Green Speed and is world renowned as the Dr. of Green Speed due to the numerous studies he has performed that investigate putting green cultural and mechanical practices. He has given hundreds of presentations on 4 continents, 30 countries, 7 Canadian Provinces, and 36 states. In 2010, he initiated a study to investigate the social, economic, and environmental impact of turfgrass on an urban society by mowing and fertilizing around abandoned homes, lots, and parks in Flint, MI. In 2003 and 2017, Dr. Nikolai was voted “The Outstanding Faculty Member” at Michigan State University and he pens a bi-monthly column called Up to Speed for GCM Magazine. Thomas is also well known as being the creator and host of the Turfgrass Talk Show. 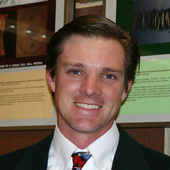 Cale Bigelow is a Professor at Purdue University specializing in Turf Science and Ecology and part of the Horticulture and Landscape Architecture Department. He is heavily involved in undergraduate instruction and advising. His applied research program is focused on urban sustainability issues. This involves the evaluation of turfgrass species and cultivars for the region, studying nutrient management and soil related problems in fine turf areas, management programs utilizing plant growth regulators for recreational turf areas and more recently has been focused on urban water use, acute drought events and best management practices to conserve water.